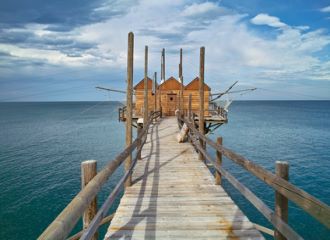 Maglie is a small town located in southeastern Italian region of Apulia. Part of its economy is based on tourism. The seaside town is a popular resort destination for those looking for a bit of rest and relaxation while enjoying white sandy beaches and beautiful blue waters of the surrounding seas.

The Duomo Chiesa Collegiata is one of the main sights in Maglie. It was built sometime in the latter half of the eighteenth century on the location of two previous buildings erected during the fourteenth and sixteenth centuries. It is the tallest cathedral in the entire province of Lecce. Other popular locations in Maglie include the Church of Madonna delle Grazie, the Church of Madonna Addolorata, and the Palazzo Baronale.

The primary airport that services Maglie is the Brindisi Airport (BDS), also known as Papola Casale Airport. This airport is located 66.95 kilometers from the center of the town. It services a number of airports, including Air Berlin, EasyJet, Helvetic Airways, and Ryanair.